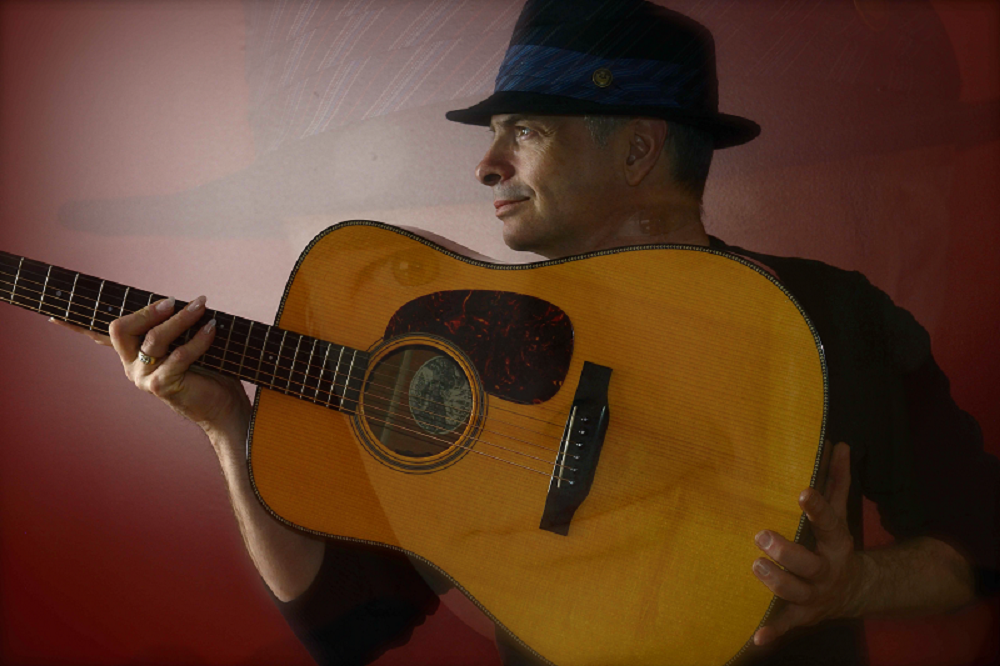 Greigg Fraser is a guitarist/ songwriter from London Ontario Canada.

His career has covered a number of aspects over the years including performing, session work, music instruction, producing, arranging, television work and composing. Greigg initiated a solo career concentrating on original instrumental guitar music which led to the release of his first album “Making Waves”. His debut album enjoyed strong support, air play and rave reviews not only on campus, rock and CBC stations across Canada but also in the U.S.A. and Europe. In particular, in Belgium where the song “Light of Heart” reached #3 on Alpen Radio.

Greigg’s second release”Tech Noir” has enjoyed similar success in Europe and the States, with sales through “Guitar Nine Records” in North Carolina,”Red Room Records” in Ohio, “C&D Services” in the UK and repeated airplay on radio stations from Kansas City to Minsk! Thus far in Greigg’s career, he has had the opportunity to open for / perform with such artists as Rik Emmett (Triumph), Rush, Downchild Blues Band, Goddo, The Spoons, The Kings, Cheryl Rae, Lisa Dal Bello, The Naughty Sweeties, Max Webster, Lawrence Gowan (Styx) and Kim Mitchell. His past projects have led to such accolades as the “Q107 Home Grown Award”, FM 96 “On Track Award” and has received grants, awards and support from FACTOR and SOCAN.

For a short time he played with Falcon / A&M recording artists “The Brains”and his stint as lead singer and guitarist with the Toronto band “Media Mania” produced the album “Madness of Modern Life” which gained encouraging reviews and airplay in Italy, Germany and the UK. Locally, he has been a featured soloist in Orchestra London’s “Jeans & Classics / Neck and Neck Concert Series” performing works by Steve Howe, Jeff Beck, Chet Atkins and Steve Vai as well as his own compositions. Greigg produced and hosted his own series for Rogers Cable TV for 3 seasons entitled “Guitar Talk” which has aired across Canada. Greigg is also an experienced clinician and music instructor. As guitarist and /or producer Greigg has done session work for such clients as the United Way, the Canadian Cancer Society, CBC, BX93, FACTOR, Rogers Cable Network, Eastwood Productions and CHUM Television to name a few. As well as numerous local and Toronto based artists.

Greigg is proudly endorsed by Warrior Guitars in Rossville GA, and an active member of Ariella recording artists/band “Howzat.”

Their current CD release “Rough Cutz” is garnering rave reviews and brisk sales on iTunes, CD Baby and off of their web site.